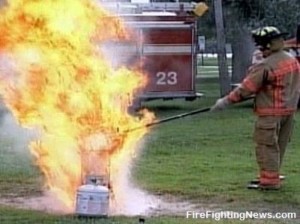 I was reminded of how easy it is to add fuel to the fire when I recently spoke at a Christian university in Canada and the news coverage that led up to and followed the event.

There is so much that could be written about how news coverage is done today. I have seen very good and accurate coverage, and I have read material that makes me scratch my head. I don’t have time and interest in delving into a full-blown discussion of this topic, but I did want to share an interesting development.

One reporter wrote an article about me coming to speak at the university. It actually begins with a premise from a study I conducted that sets the article in the wrong direction at the outset. The article frames the discussion as though I am discussing or advocating conversion therapy to the undergraduates there. So on the one hand the coverage does not reflect more recent, documented concerns on my part about conversion therapy with minors. I since sent more current information to the reporter for her future reference. On the other hand, for what it’s worth, the focus of my public presentations in chapel and in the community were on gender dysphoria. I was surprised this wasn’t even mentioned in the article and I think would have been readily accessible. (As an aside, the person who is quoted expressing concerns about me being on campus is a self-proclaimed activist and perhaps one of the least likely to provide an objective perspective.)

To the reporter’s credit, she did reach out to me, and I can get behind the idea that she wanted to offer a balanced article. However, my experience has been that reporters often let me know what they are writing about, and given the number of requests from media received here, I do not always reply, especially if I do not know what they are covering. As I mentioned, I sent her more information that might help her have a clearer picture of who I am and the work I do, the various lines of research that I have going, and so on, which often does not fit neatly into the current cultural and political polarization surrounding sexual and gender identity concerns.

After I left campus, another article surfaced about my time there. I thought, “Ok, at least now this will be news coverage about what I actually said rather than coverage in anticipation of what people think I will say.” But I was wrong. The story reads like a rehashing of the first story. This is interesting only because presumably any member of the journal’s editorial board who contributed to the piece would have had a chance to hear either chapel address or attend the community talk. None of these sessions was on conversion therapy. I was invited to speak on gender dysphoria. The comment from a student (in the comment section below the article) was telling:

I am not particularly surprised by all of this, but misinformation and poor (or no) coverage of events should at least be noted when it occurs.

Of course, in the larger landscape, these pieces can be read as adding more fuel to the fire of the cultural wars that have been so polarizing to so many, and it’s not turkeys or garages that get burned; it’s families, churches, universities, and broader communities. Reporters can and should do better.

4 thoughts on “When News Reporting Adds Fuel to the Fire”