A reader of the blog asked me the following question: 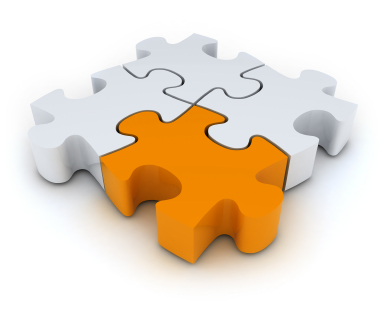 Here was my reply:

I agree with you that a Christian psychologist can help a nonChristian. I hope I’ve done that several times over the years. And, yes, nonChristian psychologists can help Christians. In fact, I recommend competence (in providing mental health services) over religious identification every time. But I do think that Christians in the field of psychology (beyond clinical psychology, but also including clinical/applied) ask different questions than do nonChristians. In other words, they have concerns that come out of being a part of the Christian community that might not be the same concerns that nonChristians have. So a benefit to having Christians in the field of psychology is that they might conduct research on topics that are important to that community. A good example might be research on forgiveness. Forgiveness is one of those key Christian concepts. It is central to Christianity, although nonChristians can certainly appreciate it, research it, and benefit from it in their own lives. But even if no one else was interested in forgiveness (or grace or humility or patience), the Christian psychologist might be interested in it anyway, by virtue of how central it is to Christianity, and how potentially helpful it could be in clinical practice.

Let me elaborate on the question about integration. Part of my reply was to clarify why we benefit from having Christians in psychology. I reached this conclusion over many years but was personally deeply influenced by the Christian philosopher Alvin Plantiga, who had written about Christian philosophy in the following manner:

What I did in my page on integration is substitute “psychologist” for “philosopher” and we have the following:

By substituting psychologist for philosopher, I want to make the point that Christians in the field of psychology often have our own research interests that may not be shared by the broader field, just as other groups may have their own research agendas. You can think about this by nearly any other demographic characteristic: age, gender, race, sexual orientation, disability, and so on.

Those who are disabled, for instance, will think about research questions (and design, methods, interpretation of data, etc.) in ways that are not identical to the way those who are not disabled will think about these things. We benefit from having psychologists with disabilities insofar as they help the field think about ability/disability in ways we would not if we did not glean from their experience. I think the same is true for race, age, gender, sexual orientation, and so on.

So… I am a Christian. What I read in the quote from Plantinga is that Christians will have their own questions to ask. Of course, most Christians in the field of psychology are interested in a lot of the same issues nonChristians are interested in. They research cognitive science, motivation, affect, parenting, and so on. But there will be other areas that might be of particular interest to the Christian but not that interesting to nonChristians. I gave the example of the construct of forgiveness. That might be of interest to both Christians and nonChristians, sure, but it is especially relevant to the Christian community as it is a central construct within the Christian religion. Other key constructs included grace, love, joy, peace, faithfulness, humility, and so on.

Of course, a psychologist can have more than one relevant demographic variable as a central part of their identity. An African-American Christian psychologist, for example, or a gay Jewish psychologist. A biblical feminist psychologist; an older adult psychologist with a disability. The multiple aspects of diversity are sometimes referred to as intersectionality, a concept that might be interesting to blog about at some point in the future.

For now, let me write more about being a Christian in psychology. Not only are their key constructs, such as forgiveness or grace to consider. But there are also key topics. For example, my primary research area has been sexual identity. I tend to study how sexual identity develops and synthesizes over time, particularly in the lives of Christians who experience same-sex attractions. In a cultural setting in which the primary script for making meaning out of same-sex sexuality is to form an identity around attractions (e.g., “I am gay”), I am interested in studying the process by which some people form a gay identity while others do not.

I don’t think many of my peers in the mainstream LGBT community of psychologists are particularly interested in studying those who do not form a gay identity. I could be wrong about that, but that is my impression so far. Most are interested in protecting and advancing the interests of the LGBT community.

I can understand that. I feel similarly when I think about the Christian community. But in the overlap between the LGBT community and the religious community, we see the potential for misunderstanding and miscommunication, particularly if you study something of interest to the religious community, such as whether a person can ever experience change in his or her sexual orientation, that might be experienced as threatening to the LGBT community. This, too, is a good topic for a future blog post. Remind me to get back to it.

In the meantime, I hope this elaboration on the question about integration provides some insight into what integration means and has meant to me as a Christian (in general), and as a Christian who conducts research on sexual identity (in particular).

One thought on “What is Integration?”